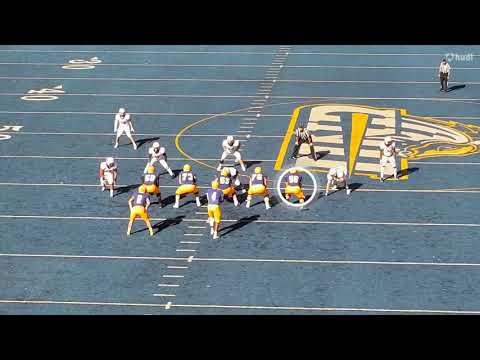 Dan has had an impressive collegiate football career for New Haven University as a four-year starter on the OL. Dan is explosive with his hands, has great speed, agility and can play both sides of the OL.

2017: Twice named to the Northeast-10 Commissioner's Honor Roll...Named to the New Haven Dean's List following the spring semester...Started all 10 games as a backbone of the Chargers O-Line… Part of an O-Line that collected over 3,700 yards in total offense, including the second-straight season with 2,500 or more yards in passing offense, finishing fifth in the NE10 in passing yards in 2017.

2016: Appeared in all 11 games for the Chargers… Was part of an offensive line that was third in the conference in total yards.

2015: Appeared in all 11 games for the Chargers…Part of an offensive line that allowed only 10 sacks.

High School: Named All-State and First Team All-Conference in 2014, All-County and All-South Jersey in 2013 and 2014...Was listed among New Jersey’s Top 100 players in 2014...Received the Iron Chief Award for weight lifting accomplishments...Helped lead Cherokee to back-to-back South Jersey Group 5 State Championships in 2013 and 2014...Selected to play in the Adam Taliaferro All-Star game...Named to the Honor Roll all four years.

Dan has intuitive football instincts and a willingness to learn and develop as a player. Dan has the intelligence, work ethic, talent, heart, and determination to succeed as a professional football player, and will reward the team that signs him. Dan is the type of player that would be an asset to your team both on and off the field.